You are using an outdated browser.
Please upgrade your browser to improve your experience.

In Jamaican patois ​‘talawah’ means to have spirit and fight, a toughness. Jamaica—a small island with an oversized impact on the world—is ​‘little but talawah’, or so the saying goes.
The film was shot in downtown Kingston, and features Barrington ​‘Daylight’ Heslop; a celebrated Jamaican motorbike ​‘stunter’, along with other members of his extended crew.
Some of the footage originally appeared in a music video for Equiknoxx, a forward thinking dancehall collective based in Kingston. ​‘Tire Smoke Talawah’ is a remix of that work, with original music and narration from Equiknoxx.
Photography from the shoot appeared in GARAGISME issue 7 in 202 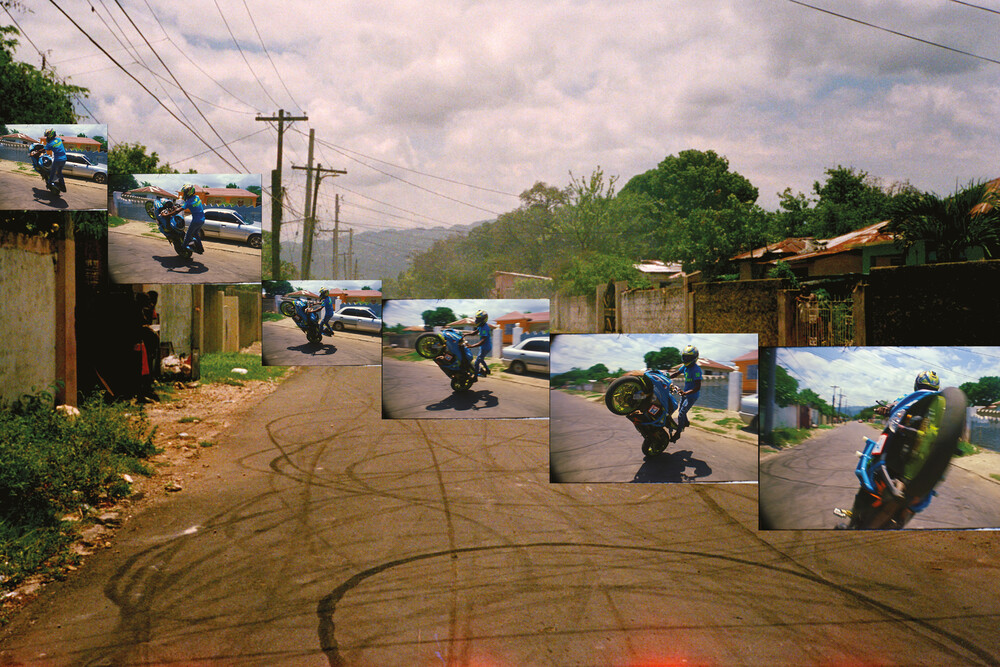